Tartu is the second largest city of Estonia, after Estonia’s political and financial capital Tallinn. Tartu is a river town, known as the Athens of Emajõgi River. On the swampy plains of Emajõgi River, where the sandy hills made crossing the river easier, a settlement emerged already several centuries ago. The existence of the castle situated on the foreland of Toome dates back to the 5th century, and the discovery site of the settlers of Kunda culture, which lies in the city’s current boundaries in Ihaste, could extend Tartu’s history even up to 10,000 years. In the old Russian chronicles, Tartu was first mentioned in the year 1030, when the troops of Yaroslav the Wise captured the city. These written sources make Tartu the oldest city in the Baltic States.
Read more 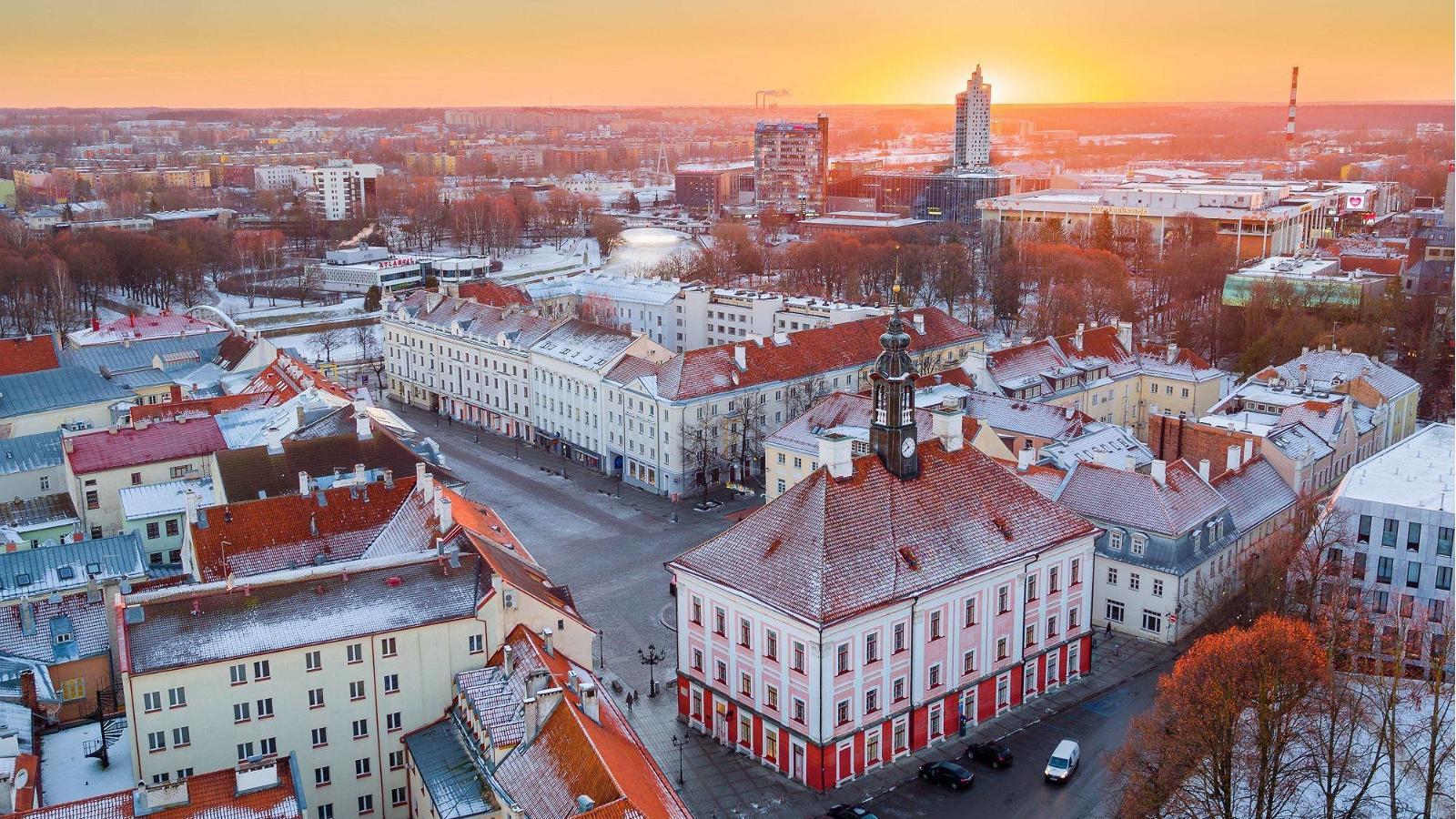 Tartu Town Hall Square is the trapeze-shaped central square of Tartu, surrounded by classical buildings. The current town hall is the third building that has been erected on that spot. In the 18th century, the square was the location of the most important market in the city – der Grosse Markt, or…
Read more

Main building of the University of Tartu 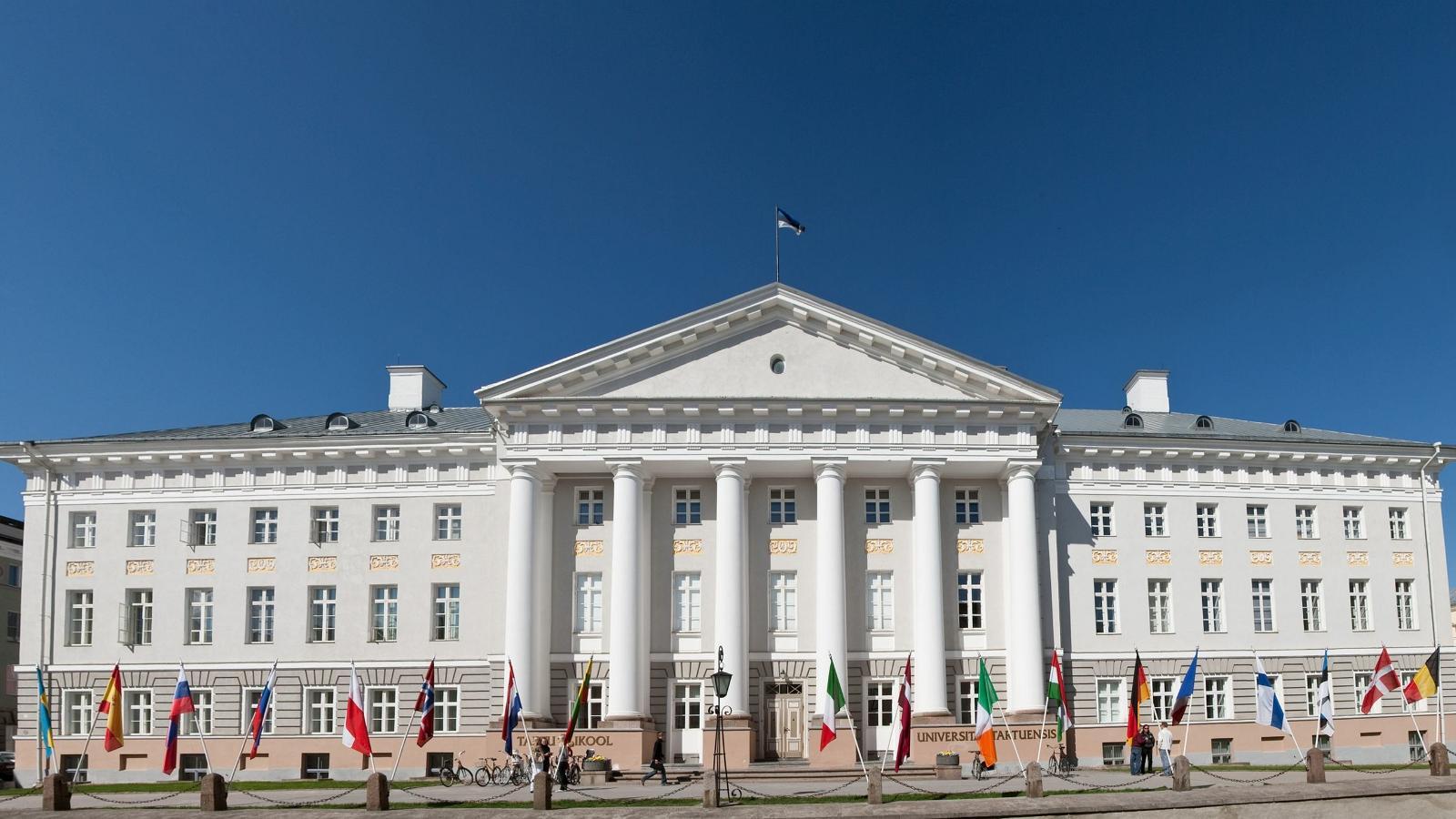 There is no question that the main building of the University of Tartu is one of the gems of the city. It was built between 1804 and 1809 according to the design by the architect Johann Wilhelm Krause. The opening ceremony of the building was held on 3 July 1809. All important events in the life …
Read more

Estonian National Museum (Eesti Rahva Muuseum) as a museum of Estonian people helps interpret being Estonian, carry the basic values of the nation, and guard its continuity. For visitors opens, both a material and virtual world, that invites visitors to discover, realize, and become part of it. …
Read more

Tartu St. John’s Church of the Estonian Evangelical Lutheran Church
Tartu St. John’s Church, which was built in the 14th century in the Gothic style, is one of the oldest in Estonia; moreover, it is unique in Europe due to its many original terracotta sculptures. Today, almost 1,000 terracotta sculptures survive, their age reaching nearly 700 years. You are welc…
Read more

Tartu Toy Museum
Tartu Toy Museum, situated in the Old Town of Tartu, takes adults back to the brighter days of their childhood and offers children plenty of interesting things to see and do. The permanent exhibition displays toys that Estonian children have played with throughout the years. Artist-made dolls, …
Read more

By plane
Tartu Airport is located 11 km from the city centre, and you can regularly fly here directly from Helsinki. The comfortable Finnair operated flights take 50 minutes, and tickets can be purchased from the Finnair website. There is no ticket sales point at Tartu Airport! The flight schedule can be viewed on the websites of Finnair and Tartu Airport.
Read more

By bus
Tartu Bus Station is located in the city centre, and there are comfortable direct bus connections to larger centres in Estonia as well as across the border. In one direction, more than 50 buses run between Tallinn and Tartu per day, most of which also stop at Tallinn Airport. Tartu also has excellent connections to all the bigger Estonian cities as well as to Riga, St. Petersburg, Pskov and Moscow.
Read more

By train
Tartu Railway Station is located in a historical station building 1.5 km from the city centre, and daily train service operates on the routes to Tallinn (incl. Jõgeva, Tapa, Aegviidu), Valga (incl. Elva) and Koidula (incl. Põlva and Piusa). By catching a connecting train, you can travel to Tartu for instance from Narva and Jõhvi as well as from Riga through Valga and Valka.
Read more

The historical name Dorpat combines Tartu’s biggest hotel, a spacious a la carte restaurant, and the biggest conference centre in southern Estonia, with all the equipment you could need. Dorpat, a three-star superior hotel, is located in the centre of Tartu, in the business district of Emajõe. Modern interior design, professional service, and an attractive location make Dorpat into a popular destination for visitors from near and far alike. Additionally, our offers include special packages for families, people seeking for romance and culture, and much more.
Read more

All previous texts are referenced from: visittartu.com